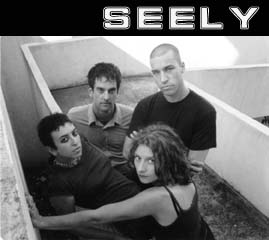 The band shares a similar vibe with Northwestern space cadets Jessamine – both bands benefit from the shared interplay between male and female vocalists, although Seely’s sound is based more on guitars than cinematic atmospherics. Lead guitarist Lori Scacco, primarily inspired by late 70’s and early 80’s hard rock, adds a subtle yet aggressive melody over each of the songs. Drummer Eric Taylor rounds out the sound by altering the rhythms using obscure time signatures. It makes for a very engaging mix, as well as an entertaining show. Seely plays with a tight disciplined sound that is only achieved through hours of practice and frequent touring. They are currently wrapping up their follow-up on Too Pure entitled “Seconds”, due out around September.