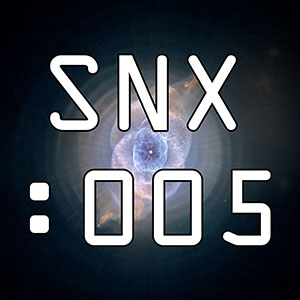 Gather round friends for a menagerie of songs inspired by the British band Broadcast and assorted loose associations. The sound of simulated wood grain and shag carpeting, reel-to-reels and tube amplifiers. Homegrown oscillating synthesizers that pulsate over the beat of an iridescent Gretsch trap set. Simultaneously from the future and the past, decked out in the accoutrements of 1960’s post-modernity.

Vanishing Twin (“Cryogenics Will Save Your Life”) are good candidates for carrying on the sound that Broadcast had exemplified – a prominent rhythm section with well defined and melodic bass lines, overlaid with bloops, bleeps, chimes and chords – with a mysterious chanteuse leading the whole thing. Their 2019 release The Age Of Immunology is probably one of my top faves of last year.

Representing the label Ghost Box – home of an eclectic cast of artists known for their tendency towards vintage BBC library music – are The Soundcarriers (“Somewhere To Land”), from their 2014 release Entropicalia, an album that saw the band evolve even further into their vintage style.

Kikagaku Moyo (“Orange Peel”) have a varied and wide-ranging repertoire that at times lends to the casual weird 60’s vibe, which is also a hallmark of actual 60’s group The United States of America – their song “Clouds” serves as a map for many future musical paths.

Another ensemble channeling a loose analog sound are Fontanelle, featuring ex-members of early Broadcast-era group Jessamine. The track featured here, “Monday”, was included on the Masstransfer #4 compilation, circa 2000. Broadcast themselves make an appearance with “Where Youth and Laughter Go”, in fond memory of Trish Keenan, who we lost 9 years ago this January.

The episode closes out with the more electronic, synth-driven instrumental works of two more Ghost Box related artists – Listening Center (“Polygraph Sundial”), who’s been featured on their 7-inch series; and Land Equivalents (“Drama 11”), the solo project from the multi-instrumentalist and drummer of Belbury Poly, Jim Musgrave.