As I continue to work on the Masstransfer book, it’s amazing to see how many bands and musicians featured in the zine are still active and producing new works. These bands are achieving high points of their careers, and I’m excited to follow-up with them to add new material to the book and this website. Here’s a few of the highlights. 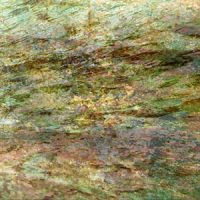 Very happy to report that Chris Jeely, aka Accelera Deck (among other monikers) has re-emerged under that guise to release a new EP entitled Crystalline Prickle. His return to the more electronic and “beaty” sounds of AD comes after focusing the last few years on an equally amazing project called Llarks, which explores more of the textured guitar that usually overlays older Accelera Deck works, and stretches it out beyond the horizon. Check his album from earlier this year called Come & Close Your Eyes:

Traveling further down similar ambient paths would bring you to Steve Swartz, former guitarist of the Detroit-area band Au Revoir Borealis who’s been creating soundscapes as Swartz Et for the past decade.

His latest album, Light Leaks, seeks to bring awareness to the pain of seeing loved ones with mental illness by using found sounds and human utterances along with electronics to build wave upon wave of audio emotion.

One band here that I’ve known the longest, The Asteroid #4, are on the verge releasing their 10th studio album since their debut, Introducing…, in 1998. If the quality of songsmanship (is that even a word?) of their previous album Collide is any indicator, then we should be in for a right treat.

To build up fan anticipation, they’ve just put out a second single, “The After Glow”, from the forthcoming full-length, Northern Songs – which itself is due out in July on Little Cloud/Cardinal Fuzz.

Space-rock band Landing can trace their debut release back to 1998 as well, and have been even more prolific – with a deep catalog that expands every year to include EPs and full-lengths that pit structure vs. non-structure (to reference one of their earlier tracks).

They have just announced their latest, a split 12-inch EP with fellow Connecticut artist known as Headroom, is available for pre-order from Red Scroll Records and expected release on July 17. Aaron sent me tracks earlier this year, and I included a passage of “Rhythm Form” on the Sonixcursions Podcast #6 that really brings a dub element to the Landing audiosphere.

That’s all for now. Thanks for reading, and be sure to subscribe to the Sonixcursions Podcast to hear these and other great bands, and until next time, pleasant orbitings…